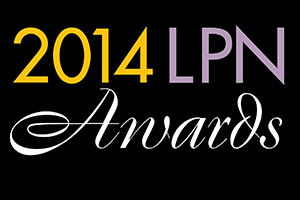 There’s no time to hesitate!

Nominations for three LPN Awards and one non-LPN Award are being accepted until February 28, 2014 for the annual LPN Awards of Excellence.

Award nominees and recipients will be honoured by the College of Licensed Practical Nurses of Alberta (CLPNA) at the 2014 CLPNA Conference Awards Dinner on May 1, 2014.

Laura Crawford Excellence in Nursing Practice Award is given to an LPN who displays exemplary nursing knowledge, promoting an atmosphere of teamwork, mentoring of team members, and pride in the profession.
DOWNLOAD Nomination Form (PDF)

Pat Fredrickson Excellence in Leadership Award is given to an LPN for consistently demonstrating excellence in leadership, advocacy, communication and passion for the profession.
DOWNLOAD Nomination Form (PDF)

Rita McGregor Excellence in Nursing Education/Preceptoring Award is given to an LPN nursing educator or a designated preceptor in a clinical setting who consistently demonstrates excellence in providing education in the workplace.
DOWNLOAD Nomination Form (PDF)

The Interprofessional Development Award recognizes non-LPN health care leaders who are instrumental in building quality practice environments. Nominees are chosen by LPNs who believe that the individual has contributed to an overall positive environment for the health care team. The recipient receives a commemorative crystal award.
DOWNLOAD Nomination Form (PDF)

RELATED – More about the LPN Awards of Excellence